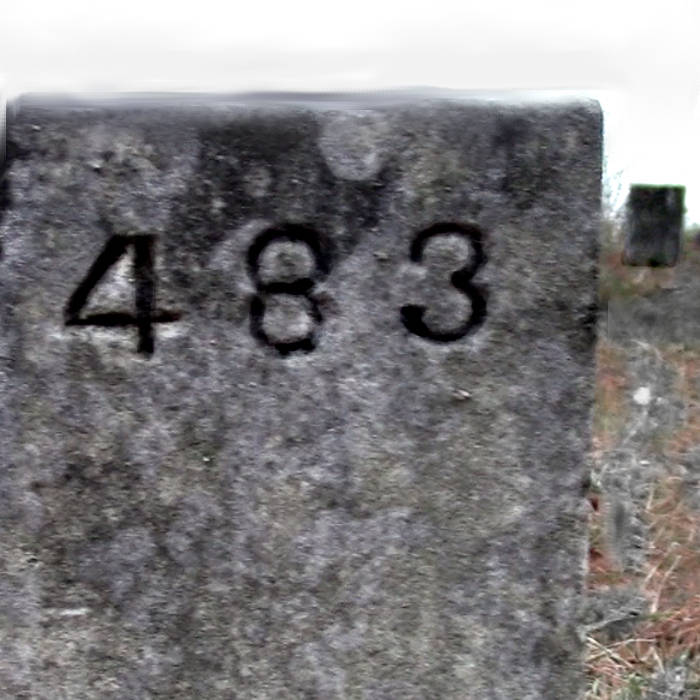 Outside the asylum to this day are hundreds of gravestones, many of them merely with numbers on the headstones. These were provided when one was too poor to afford a stone.

Here, we hear from a ghost with amnesia. Perhaps due to one of the ‘therapies.’ Perhaps, without a headstone to tie herself to, the facts have slipped away.

The stone 483 in particular was chosen along these lines. The phoneme si in Chinese means 4 and death. 8 on its side is a symbol for infinity. A 3 is broken infinity.

I awoke from the dark dreaming of you again
Slipped through the hollow between current and air
I was thinking of you, but you're not here
I try to find your face, but it’s never near enough

I don’t glow bright enough to leave
I only meant to say hello, I know how it must seem
Along the Ridges, detailed in iron and stone
I fade in and out, fired filament bones1

People and places with good souls
Must taste better.. to the demon folk
We were in love in the quiet in the dark
With your hands and your eyes you took me apart

Maybe you remember me?

Backbone of sticks and stones, numbers god only knows
Fractured family pride? An island cast aside.
A lettered board2 calls out, I lack the strength of hand
A crowd of ravens3 pick through glass and sand

1 Fired filaments were used in old flash camera bulbs.
2 You may know this as a ouija board. The ghost can’t remember or never knew the word.
3 A group of ravens are called an ‘unkindness’ or a ‘conspiracy.’