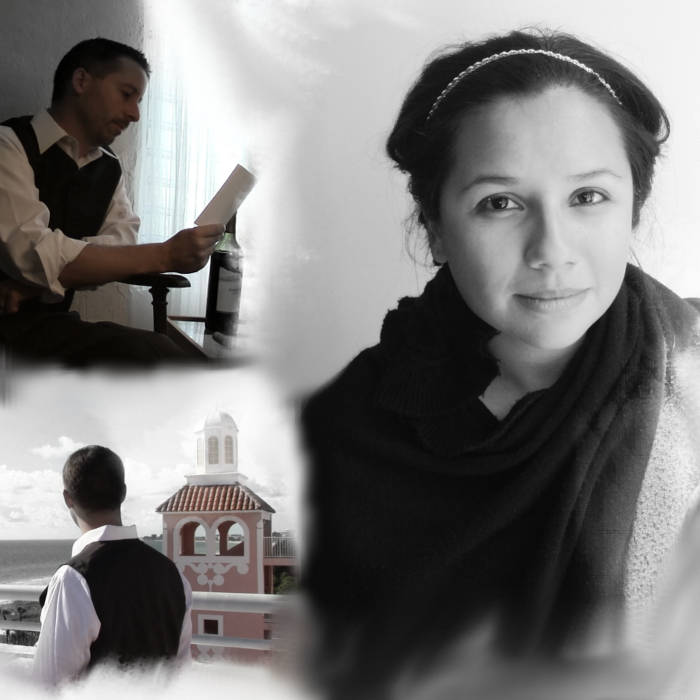 Maritana is based on the story of Thomas Rowe and Lucinda de Guzman. They met in London in the 1890s when Lucinda was performing in a William Vincent Wallace opera - a love story about a Roma street singer, Maritana, and a Spanish nobleman, Don Cesar. Lucinda’s family was in fact Spanish nobility and her parents forbid the relationship with Thomas - a merely affluent American student. When they planned to elope, her parents discovered the plot and hid her away.

Thomas sent letters to Lucinda for years, all returned unopened. Lucinda died young. On her death bed, she wrote this letter to Thomas:

‘Tom, my beloved Don Cesar. Forgive them both as I have. Never would I despair. Nor could I forsake you. We found each other before we will do so again. This life is only an intermediate. I leave it without regret and travel to a place where the swing of the pendulum does not bring pain. Time is infinite. I will wait for you by our fountain to share our timeless love, our destiny is time.’

Thomas married in the meantime, though all accounts suggest the couple were estranged. In 1925, Thomas moved to St. Petersburg, Florida (without his wife) and built the Don Cesar hotel. The lobby of the hotel had a replica of the fountain where Thomas and Lucinda used to meet.

Since Thomas’s death, there have been numerous reported sightings of a ghostly couple meeting Thomas and Lucinda’s description by staff and guests at the Don Cesar hotel.

I couldn't ask you to choose
With convictions too cast(e)-bound to move 2
I married fine, but I’m afraid she is wise
To why sometimes my gaze goes right through

Lucinda I tried, but I could never forget your eyes
[Oh time your hourglass, Turns quickly as it may
Or the sands of life won’t pass. If his wish you’d obey] 3

I forgave them as you asked
In the letter you wrote me last
In a quiet place, I try to find faith
That your fevered dream will come to pass

So I’ll wait until we meet again
We rebuilt the fountain in St. Pete
Surrounded by so much, rich in this world but
Too little to confirm my dreams 4

Floating on through an excessive long life
But it’s a sin to hasten to your side
You deny time is finite, but how will I find you
When I drift into that inky tide? 5

1 If I were truer to the opera, it would be Lucinda’s voice that Thomas could not forget. It was Maritana’s voice that Don Cesar recognized after he had married a veiled bride. But it did not fit lyrically.

2 Two meanings intended here. Cast, as in casting bronze. Things were set, Thomas realized he could not change Lucinda’s parents’ opinions. Second, the ‘nobility’ issue as in a caste system.

3 Original words from the opera were:
‘Despite olde time, thine hour glass, Turn quickly as it may, His sand of life shall not pass, If he my wish obey’

These seem like they would be particularly haunting to Thomas, feeling trapped in time as I imagine he felt at his hotel by the sandy beach. In the opera these are said when Don Cesar is in prison, not knowing his fate, whether he will be executed or reunited with his bride.

4 Original words sung by Maritana in the opera were:
‘Why do you sigh in contemplating your gains? Because they are too little, or too much, señor. Too much for remunerating songs of a poor Gitana, and too little to confirm the dreams of splendor which nightly occupy my slumbers.’

5 There are a number of references in the lyrics to the ocean. The hotel is on the beach and I tried at all times recording and writing this, to imagine a somber Thomas standing in the very pleasant seaside environment that is St. Petersburg.